This is the second part to my blogpost ‘Real-life Monsters, a prelude,’  https://marnietunay2.wordpress.com/2013/09/20/real-life-monsters-a-prelude/  on the book of the same name by Stephen Giannangelo.

I want to say at the outset that I have the greatest respect for the work and care Mr.  Giannangelo has put into researching his book.  He’s aimed to make it scholarly and to a large extent he has succeeded, in my opinion.

Having said that, I see what appear to me to be some significant difficulties with the three main points of his thesis, that: (1) “the serial killer is a distinct psychological entity, a monster who kills because he or she needs to and wants to” [p. 148]; (2) “deviant sexual motivation clearly has an impact on the killer’s psychology, that it is the bridge, the clearest link between mental and physical processes in the psychopathology in question” [p. 45],  “an essential ingredient of the serial killer” [p. 66]; and (3) “A dysfunctional environment is a trait shared by all the killers in the study.  Problems ranging from chaotic home lives to physical and mental abuse existed.  All the subjects had childhoods that could be viewed, at the very least, as excessively difficult, and most likely damaging and traumatic.” [p. 113]

I will start with that last point, his claim regarding provable “environmental trauma” being a critical factor in the making of a serial killer.  It’s key to his “diathesis-stress model,” as being the “catalyst” which is “shared by all the subjects of these case histories, as well as the vast majority of other serial killers.  Clearly, there is no dispute regarding the trauma these killers sustained, for both the cases reviewed here and those outside the scope of this analysis.” [p. 122]

And yet, by Giannangelo’s own accounting of three of the eight case studies in his book, there is certainly room for dispute regarding a past history of trauma sustained.

About Dennis Rader, he says:  “Detectives researching his background and interviewing his family found “no broken home in his past, no evidence of abuse in his childhood…” [p. 100 – 101] and further, that Rader himself “stated in his 33-hour interrogation that “there was nothing in his family or his past that made him what he was.”  [p. 100]

So, out of the eight cases, one clearly disputes the point, and two more are in a very grey area with respect to it.  I’d call that less than satisfactory support from Giannangelo’s own data for an element he insists is critical to his model for understanding serial killers.

A key problem with the other two main points of his thesis:  that serial killers are distinct psychological entities from all other types of killers, and that deviant sexual motivation is the standout element in serial killer psychology, is a serial killer he doesn’t mention at all, whose case flies in the face of both of those points; and that is the case of Richard ‘The Iceman” Kuklinksi.  Although Kuklinksi was famous for being a Mafia hitman, it’s very clear that getting paid to kill was a case of ‘do what you love and the money will follow’ for Kuklinksi.

In other respects, his environmental background clearly contained Giannangelo’s “critical” serial killer ingredients of both significant trauma in the form of significant parental physical abuse, as well as early signs of viciousness and violence.

Nevertheless, Kuklinski’s case does not support the Giannangelo’s thesis that serial killer psychology is distinct from other types of killers; and I found no record of any sexual deviance with respect to Kuklinksi, who fathered three children.  http://andrewhoff.com/2011/07/antisocial-iceman/

I think the most useful point Giannangelo makes, over and over, in numerous ways throughout his book is, that serial killers tend to get really good at hiding what they are, even from family members.   Although many serial killers claim to suffer from uncon-trollable compulsions to kill, the fact is that, by and large, they are quite capable of controlling their killing episodes, choosing times, places and victims convenient for them, and not killing when doing so would get them caught.

If nothing else, this distinguishes them from the truly psychotic killers and puts them firmly in the camp of psychopathic killers.  They are people who choose evil.  Why?  I think in the end the answer must be, ‘because they do.’

Although ‘Real-life Monsters’ fails, in my opinion,  to clearly delineate a unique pattern to the making of a serial killer, it’s nevertheless worth reading for bringing home the point that conscious evil is very good at hiding behind a mask of normalcy. 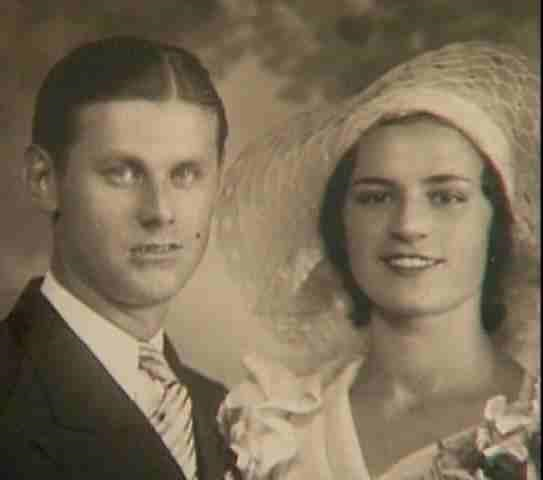 Richard Kuklinski on his wedding day

Think you can read people from a photograph?  Then try these on for size:  thirty women who were all multiple-murderers.  Stephen Giannangelo would exclude most of these from his classification of serial murderers, on the grounds they killed for profit.  I would say, however, that the motive of money may have been more excuse than reason in several of these cases….  http://radaronline.com/photos/serial-killers-in-a-skirt-30-cold-blooded-murderers-who-were-women/photo/592871/

I’ve just finished watching the 110-minutes-long film ‘Serial Killer Culture’ by John Borowski.  Unlike Mr. Borowski’s subjects, I have no intrinsic interest whatsoever in his subject matter, which is why it’s taken me weeks to get around to watching it.  Speaking from that perspective, then, I believe it means something when I say that I think Borowski is a very talented film-maker and his film is excellent.  He has that ability to draw out his subjects without intruding his own personality into his work.  (He does pop up near the end of the film to shine a light on his own interest in serial killer culture.)  Gifted interviewers always make their work look so easy, so natural, because they have the good sense to stay in the background; and this is what John Borowski does so compellingly in the film.  Sliding from one interviewee to another, artists, musicians, writers, tour guides – and two serial killers, interspersed throughout with illuminating comments from an interview with Stephen Giannanegelo, (it’s lucky for the world he’s on the side of the righteous…), photographs, some of them very graphic, astounding artwork both by and about serial killers, and ‘memorabilia,’

‘Serial Killer Culture’ clarifies for me the nature of the interest that others take in serial killers.  I note that most of the input is from men.  I’m not surprised.  As women tend to comprise the majority of victims, I suspect most of us would be less likely to find the field to be of fascination or entertainment.

Although there are numerous gruesome moments in the film, Borowski’s supreme good taste never allows the film to become morbid.  I think the jailhouse interview with Edward Kempel was a major coup. The quality of Borowski’s research is first-rate.

And, if you watch the film, be sure to stick around for those last few minutes after the credits roll… There’s an utterly chilling ending.  I know who that is, because I’ve read Stephen Giannangelo’s book, ‘Real Life Monsters…’ 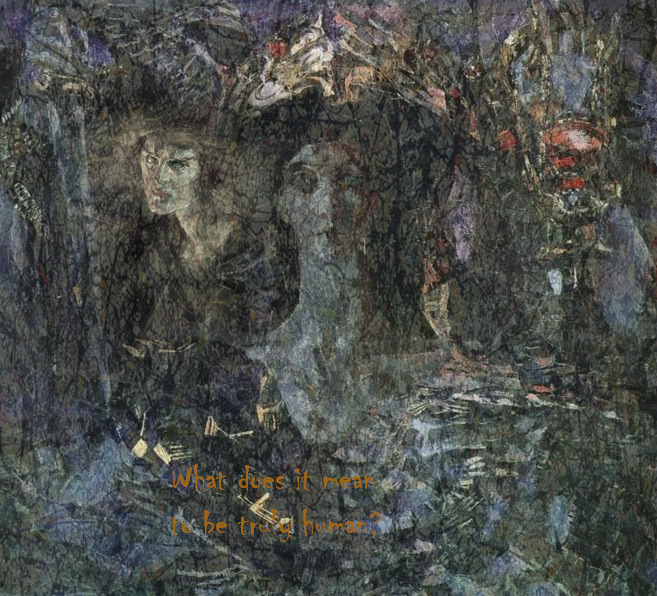 I'm not here much at the moment. You can visit my web-sites to learn more about me. https://marnietunay2.wordpress.com/
View all posts by Marnie Tunay →
This entry was posted in Uncategorized and tagged Borowski, Culture, Giannangelo, John, killer, Kuklinski, Mime, Monsters, real-life, Richard, serial, serial killers, Stephen. Bookmark the permalink.